Kostopulos Dream Foundation is dedicated to being accountable, transparent, and fiscally responsible. 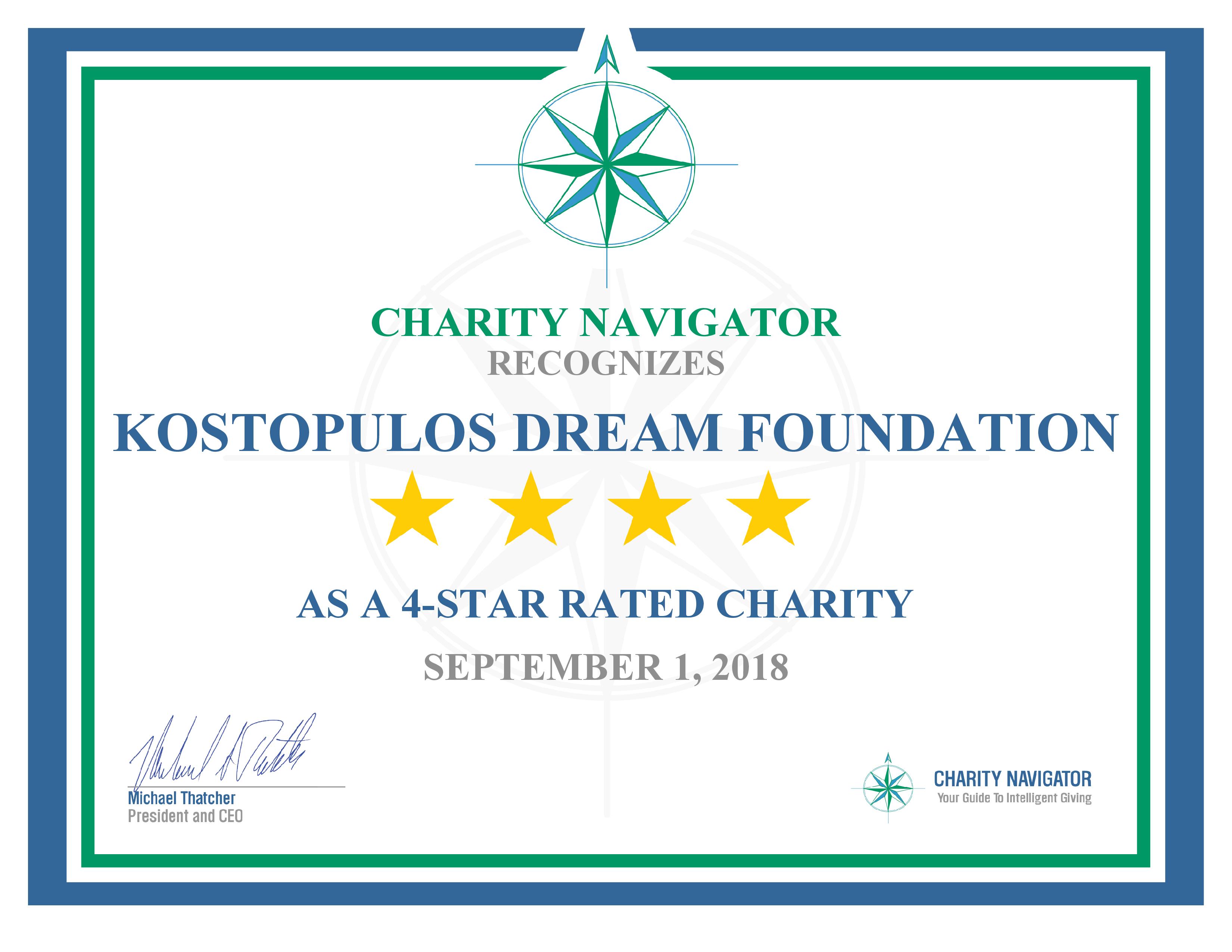 The Kostopulos Dream Foundation/Camp Kostopulos (Camp K) has earned six consecutive 4-star ratings from Charity Navigator, one of the most highly utilized and prestigious independent evaluators of charities. The mission of Charity Navigator is to help donors pick the best charities for the causes donors care about. Charity Navigator currently rates and evaluates the Financial Health, Accountability and Transparency more than 9,000 charities, and provides the public with information regarding the finances, governance, and results of the charity.

Camp K joins a select group of charities to receive this distinction and is the only 4-star Utah charity offering year-round programs and camps for people of all abilities.