The impact “MD Week” at Camp K has on the children

Camp K is changing lives for the better 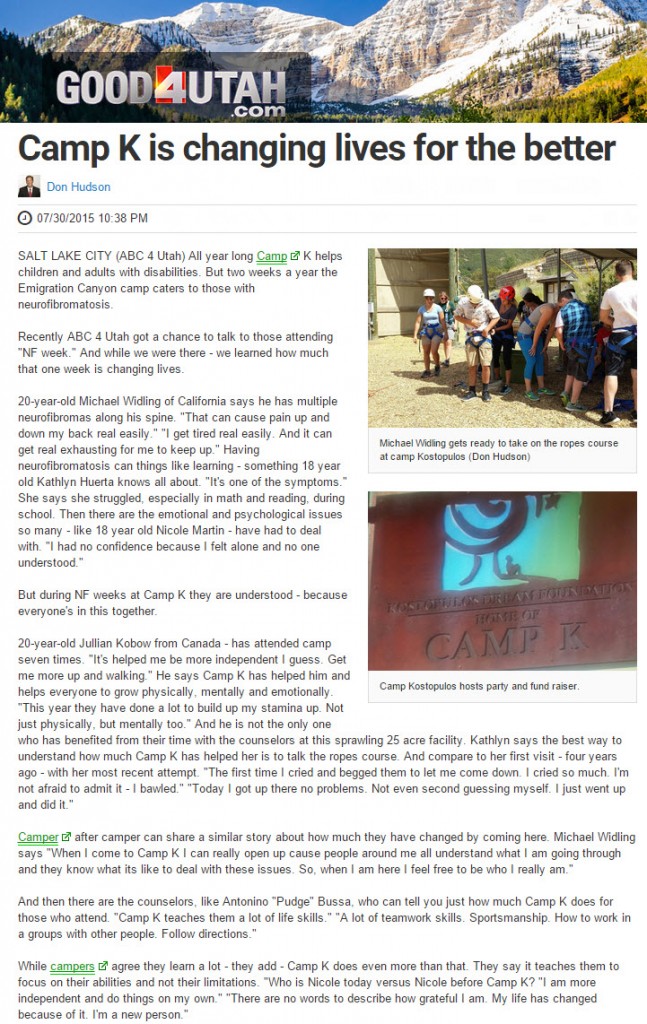 i May 14th w Comments Off on Celina, 2015 Camp K Ambassador x by Camp Kostopulos

Celina is Camp K’s Ambassador for 2015. She has attended Camp K for many years, and we are pleased to hear her speak about the impact Camp K has had on her life. Great job, Celina!

Our son is a 29 year old with Down Syndrome.  He has been attending Camp K activities for the past ten years.  When he first started attending he would act out inappropriately in public, wander off, use unacceptable language and sometimes have problems with the other campers.  However, over the years, the staff has worked with Jason patiently to teach him appropriate behavior and we have seen a lot of growth through his participation. 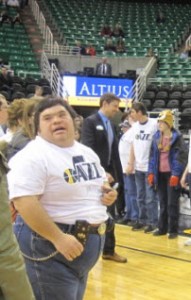 Some of the Camp K activity highlights have included Jazz professional basketball games, trips to Disneyland, bowling, snowmobiling, and working with therapy dogs.  Before Camp K, Jason did not have many opportunities to participate in activities with his peers.  He did not have any friends his age.  He is very reluctant to try new activities and so, although other organizations have activities, Camp K is the only one where he feels comfortable in attending.  From doing so, he has developed independence, self confidence, the ability to interact positively in group situations and compromise with others.  The Camp K staff is super attentive to the campers needs and I always feel confident that my son will be well taken care of – even when going on an out-of-state trip for several days.  We feel that Camp K adds a dimension to Jason’s life that would be greatly missed if this program were not available.

On a personal note, these Camp K activities give us, as parents, a much needed respite from caring for our son!
Thanks Camp K!  We love you

Chad has been coming to Camp K for about 20 years. He first came to Camp K when he was in elementary school, and he still looks forward to attending each and every Camp K activity. 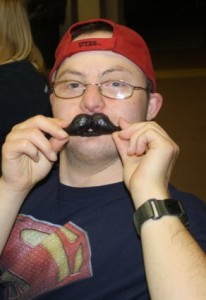 According to Chad’s Mom, Celia, signing Chad up for Camp K 20 years ago has been one of the best things in their lives. She said, “It’s not easy having a child with special needs, regardless of the age, and the people at Camp K are very special folks to want to work with the special needs people. I believe we are very lucky to have people at Camp K that are there because that is what they love, and want to be there. It’s not just a job.”

Celia continued, “The social aspect of Camp K is huge for Chad, and others like him. Going with a group, other than family, allows them to feel like they are like everyone else. Kids like Chad are the same as kids who don’t have special needs. They like to be with their peers and Camp K allows them to do this, in a safe environment. Special needs kids are very sociable and many have no boundaries when it comes to strangers. Camp K allows Chad and the others to be like everyone else, but still has the staff to make sure they stay safe.”

We thank Chad’s family for sharing Chad with us. Chad is very friendly, outgoing, and energetic. He brings a lot of joy to the people around him. We look forward to him being a part of the Camp K family for years to come.

Gavin has been attending Camp K for a few years. His mom told us that he had attended other camps in the past, but had a difficult time integrating into those environments. In fact, behavior worsened, and he had separation issues when he was dropped off. Understandable, this was difficult for his mom. She continued searching for an environment where Gavin could feel safe and comfortable, and learn the skills he needed. 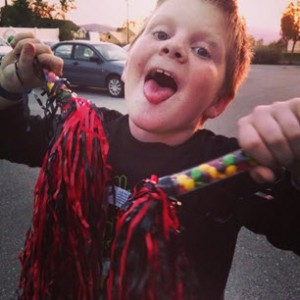 When she found Camp K, she noticed right that we were different. She said, “Every one he meets there genuinely seems to be excited to see him and wants to be with him. He feels so accepted by the staff and other attendees, which is a feeling he does not always get since his Autism causes people to keep their distance. He has also been able to learn necessary skills that increase his independence.”

She continued, “Camp K has been a positive influence on our lives and we are hopeful that everyone will be able to find the same love and acceptance through the many activities Camp K provides.”

We are so glad that Gavin has joined our Camp K Family! Our staff and the other campers are excited to be a part of his group. He always brings a smile to everyone’s face!

We are proud to share Ben’s story at Camp K. He is an example of the “Can Do” attitude that our campers have. Ben has Spina Bifida, and is paralyzed from the waist down – yet he doesn’t let his challenges stop him. 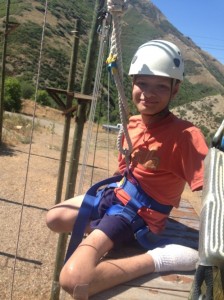 One of our staff members shared her experience of working with Ben on the ropes course. He had already climbed to the top of the rock wall, using only his arms. His next challenge amazed everyone. Ben told our staff that he wanted to do the “Triangle” on the ropes course. The staff helped him get up to the first element of the Triangle – the Zap-line. He pulled himself up onto the pole, and hooked into the line. He was hesitant at first, because he could only use his arms. Eventually, he decided to go, and absolutely loved it! He completed the zap-line, grape vine, and Burma bridge with minimal assistance from staff. As he finished the last element, he said, “I have accomplished my dream here at Camp K! I have wanted to do the triangle ever since I first came to camp.” But, Ben wasn’t finished yet – he made it to the top of the rock wall again, and ended his experience by climbing another pole in the course.

Ben is a perfect example of why Camp K’s benefit to both our campers and our staff. Watching someone accomplish their goals and dreams, even when they seem impossible, positively changes the lives of everyone around them.

Sarah started coming to Camp K 7 years ago. She loves both Summer Camp and the year-round programs.

Sarah says that Camp K is fun. She gets to see friends and make new ones. Sarah’s loves the talent show during Summer Camp – she practices for it all year! She also loves the trip camps during the summer. As soon as a trip camp ends, she starts thinking about which camp she will choose next summer.

Her mom said, “It is hard for special needs people to have a social outlet. Camp K gives Sarah this. Camp K camps gives Sarah a sense of independence. With both the adult social activities and summer camps Sarah has the opportunity to do things without her parents always being with her.”

Everyone at camp loves Sarah. She is always happy and friendly, and makes everyone feel like “a million bucks”. We are grateful to have her as a part of the Camp K family!

i Sep 17th w Comments Off on Hammer Time! x by Camp Kostopulos

As we wind up our Summer Camp programs, we are grateful for all our campers who came to Camp K.  We are also grateful for our exceptional staff who helped us fulfill our mission of improving the quality of life for people of all abilities.  We would like to share a story from one of our counselors — you may know him as “The Hammer”. 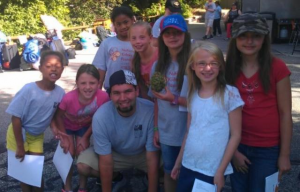 “The Hammer” (bottom center) with a few of his friends

The Hammer came to us from Bountiful – after a friend told him about our Summer Camps and what we do.  When he applied at Camp K, he was considering going back to school – but we’ll hear more about that later.

The Hammer has high-functioning autism, and he shared with the Camp K staff his experience as a Camp K counselor:
“When I was younger, I was really going through a tough time and my brother Shaun, my mom, and several friends ALL said to me, ‘I see a lot more confidence in you than you see in yourself,’ and their words were something I’ve carried with me…”

“While not always easy, working at Camp K has been a blessing because it has served as a chance for me to realize my own potential and capabilities while helping others who may be experiencing the same things I did or went through.  You know, with autism, people often get stuck being in their, ‘own little world’, and it is sad because the world often treats a disability as a stigma without trying to understand what a person is going through or feeling…”

“…But as we all know, all the campers that we’ve seen this summer are so totally amazing, and I know that our experience here will all make us better husbands or wives and parents.”

After finishing up with Camp K, The Hammer mentioned that he’s seriously considering going back to school to learn more about working with people with disabilities.  In paraphrasing an admired athlete, The Hammer said:

“When it comes to achieving your dreams and desires, you have two choices: (1) You can sit there and daydream about it, or (2) you can get up and go out there and make them happen.”

We here at Camp K wish The Hammer — and the rest of our amazing summer staff — all the best!

As we finish out our 3rd week of camp, we had a chance to catch up with one of our returning campers — Rusty. Rusty has been coming to Camp K for over 20 years. When not coming to summer camp, Rusty also comes to our community-based programs. Here is what Rusty had to say:

What activities do you like to come to Camp K for?

This year, Rusty has participated in two weeks of Travel Trips and has gone to Bryce Canyon and Zions National Park, and he’ll be coming back two more times. Here is what Rusty had to say, in his own words, about his experience so far:

What is your favorite thing about Travel Trips Camp?

“Camping and seeing the sights. It’s fun to travel around and see the country!”

“Seeing friends and making new ones.”

How are your counselors on your Trips?

If you had to describe Camp K to a friend that’s never been here, what would you say? 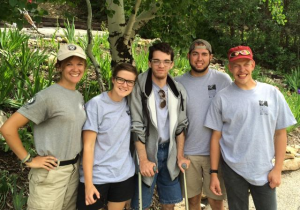 We also had a chance to sit down with Rusty’s counselors and here’s what they had to say:

What can you tell us about Rusty?

“There is one word to use when describing Rusty, “Helpful.” Rusty is great to have with us because he is always there to help us and help out other campers.”

Another counselor described Rusty by saying, “Rusty knows these sites better than us.”

Kostopulos Dream Foundation is the home of Camp Kostopulos. In addition to Summer Camps, we offer Year-Round Recreation and Education programs, and have a Year-Round Equestrian program. Read More